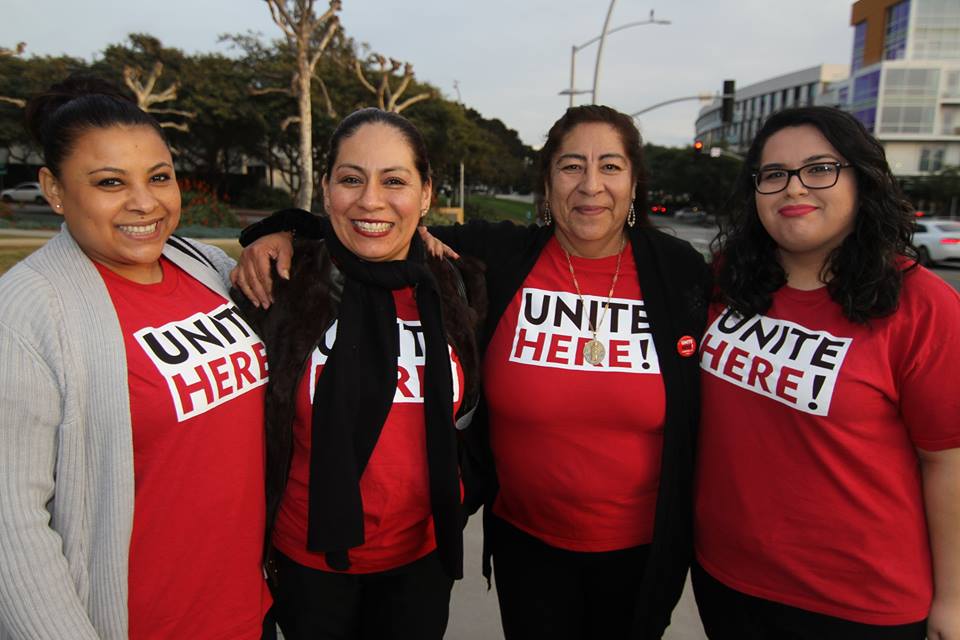 (Note: This story first appeared on the Healthy City Local.

Two Thousand Nineteen seems remarkable for the number of historical events that are being commemorated with round number anniversaries. Fifty years ago, 1969, saw the Moon landing and Woodstock on the good side; the murders of the Manson Family on the bad side. One hundred years ago Congress passed the 19th Amendment giving women the vote. As the New York Times has responded to in a special series, 2019 is also the 400th anniversary of the landing in 1619 of the first African slaves in the English colonies.

One anniversary, also going back to 1969, has not been made much of. That year, 1969, was the year Republicans took over the American economy, and began to dismantle the system that had regulated capitalism since FDR’s New Deal of the 1930s. A system that had led to unprecedented stability, prosperity and economic advancement for all classes of Americans.

The picture hasn’t been pretty ever since, as the wealthy have disproportionately benefited from economic growth, leaving working people in debt and despair.

One bedrock principle and achievement of the New Deal was to establish the right of workers to organize. The resulting unionization of American workers under the National Labor Relations Act (the “Wagner Act”), overseen by the National Labor Relations Board (NLRB), resulted in unprecedented gains in incomes, healthcare and pensions for all employees, whether they worked for unionized companies or worked for companies that emulated union standards to compete for labor.

Once Republicans took control of the White House in 1969, control that Republicans maintained for all but 12 years through 2009, giving them control of the NLRB for nearly two generations, they stripped away the rights and protections of the Wagner Act.

As a result, although the economy has greatly expanded over the past 50 years as technological gains have greatly enhanced worker productivity, the share of the pie that workers get has not grown. For decades, income stagnation has been a problem. Ironically, the politician who has most effectively exploited worker discontent is the Republican who currently occupies the White House — and whose appointments to the NLRB are among the most anti-union in history. (Not to mention all his other plutocrat-friendly policies.)

The evisceration over 50 years of the Wagner Act has left a vacuum, and we know what Nature abhors. That vacuum is going to be filled, given that workers no longer have the ability to negotiate their conditions of employment effectively; given that we fortunately live in a society where it’s no longer okay for workers to be exploited quite as viciously as they were during the Industrial Revolution; and given that government has to pick up the pieces when workers don’t earn high enough wages to pay for the costs of living and raising families.

Even conservatives acknowledge that something must be done for workers and their families. In a disingenuous but nonetheless illuminating opinion piece that appeared in the New York Times August 4, a senior fellow at the conservative Manhattan Institute, Oren Cass, while dismissing “1930s-style unions” as outdated (what chutzpah, considering that to the extent, if any, that unions haven’t been able to serve workers effectively, the cause has been the conservative war against them), acknowledged that there was a crisis, and argued that “new forms of organizing through which workers can support one another, engage with management and contribute to civil society should be a conservative priority.”

Oh, that’s nice. Needless to say, Mr. Cass did not have any ideas of what these new forms of organizing might be, nor how they might simultaneously empower workers and have conservative support. That’s a combination we won’t see.

Which leaves government to fill the vacuum, which explains why governments, including ours here in Santa Monica, and voters all over the country, have been increasing minimum wages.

Next week we will see more vacuum-filling in Santa Monica. At the City Council meeting Tuesday night the council will no doubt adopt an ordinance that will govern many aspects of the workplace in Santa Monica’s hotels. Hotel owners don’t like government telling them how to run their businesses, but how they treat their 2,100 workers here, especially in a city so dependent on their businesses (Santa Monica will receive more than $68 million in revenue this fiscal year from the hotel tax), is too important to be left to them.

The proposed ordinance is based on existing laws in Long Beach, Oakland, and Emeryville in California, and in Seattle and Chicago, and will cover worker safety (particularly for female workers), protections for workers from being laid off if there is a change in ownership, worker training, protections against mandatory overtime, and, most controversial, limits on the workloads of housekeepers.

City staff has done a lot of work researching the operation of the ordinances in the other cities, and generally staff is recommending solutions that emphasize “realizability” — meaning that the regulations should be easily understood and implemented without too much interpretation or involvement by the City.

On the issue of workload, for instance, staff is recommending a relatively easy-to-understand cap, based on square footage, on the maximum workload for a housekeeper working an eight-hour shift. This is not how hotels themselves like to divvy up workloads; they prefer a system that assigns different “credits” to different tasks. Indeed, considering that a square foot of one kind of room might be easier to clean than a square foot of another kind of room, this might make sense for their operations. But basing a maximum workload rule on a credit system would entail close involvement of the city into hotel operations — something I would assume hotels would not want.

Instead, city staff, following the ordinances in other cities, proposes a “bright line” of a cap on square footage (for an eight-hour shift). The proposed ordinance, however, doesn’t require that hotels abandon the credit system to assign work to their employees; only that at the end of the day (literally), a housekeeper can’t be asked to clean more than a maximum number of square feet without hitting overtime.

UNITE Here, the hotel workers union, and staff disagree about the size of the cap. Staff proposes a cap of 4,000 square feet, which is the cap in the Long Beach and Oakland ordinances. The union, arguing that Santa Monica hotel rooms, because of various factors, take longer to clean than hotel rooms in other cities, wants the cut-off here to be 3,500 square feet. I cannot claim to be an expert on hotel maintenance with an informed opinion about whether 4,000 or 3,500 square feet is the right number. I can say, however, that I know from personal experience, and the experiences of housekeepers I’ve hired, that even less than 3,500 square feet of house is a lot to clean in an eight-hour shift.