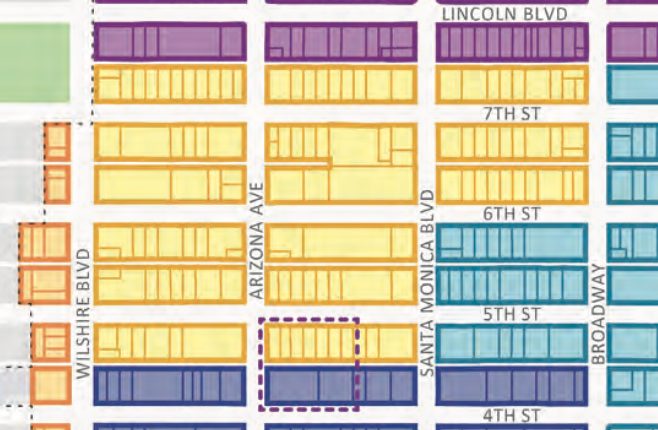 Note: This story first appeared on The Healthy City Local.

After years of creating procedural and other obstacles to the building of much-needed new housing, the City of Santa Monica is poised to do something significant to encourage housing development. Tuesday evening, if the City Council follows the recommendations of staff and a vote by the Planning Commission, the council will vote to streamline the approval process for all 100% affordable housing and most market-rate multi-unit housing developments.

If passed, the new rules will require only administrative approval for (i) 100% affordable projects of all sizes (under current rules, 100% affordable projects of more than 50 units outside of the downtown require Planning Commission review), and (ii) market-rate projects for which for all practical purposes the City’s review was already limited by state law (the “Housing Accountability Act”), but for which the City nevertheless required a Planning Commission hearing. Administrative review will not only shorten the duration of review by the City, but also add to the certainty of approval. This will facilitate financing, particularly for affordable projects that rely on tax-credits.

The hope is that by eliminating discretionary review, the City will rekindle interest from developers in what are called, under the City’s general plan, “Tier 2” projects. These are the mid-density, often mixed-use, projects that have been the mainstay of housing development in the city, to the extent there has been housing development, for about 30 years, for both affordable and market-rate developments. The City said it expected Tier 2 projects would be built under the supposedly “pro-housing” planning documents the City developed, after painfully slow processes, over the past 16 years, but few have been built under the new rules.

Perversely, the City’s housing laws make it more difficult to build Tier 2 projects, with more housing, than Tier 1 projects, which generate little housing and few benefits. Tier 1 projects already get administrative review. (As for Tier 3 projects, with even more housing and benefits, these are impossible. They are in the general plan only as window-dressing.) The City loaded Tier 2 projects with additional costs, including the state’s highest requirements for including affordable units, and required discretionary approvals. As a result, the few developers willing to work under the City’s new rules have primarily built smaller, Tier 1, projects that deliver much less housing, including drastically fewer affordable units.

If the council does the right thing Tuesday night, the discretionary review will be gone for most Tier 2 projects, but the restrictive development standards and added-on costs will remain. Nonetheless, the recommendation from staff to remove discretionary review comes in the context that the City expects its annual allocation under the “Regional Housing Needs Assessment” (RHNA) to be greatly increased to about 1,100 units for 2021 to 2029 period. Satisfying RHNA will require the City to demonstrate land availability and zoning capacity to achieve the RHNA numbers. Eliminating discretionary review does nothing for RHNA.

Satisfying RHNA will require a rethinking of the City’s zoning. The City will need to extend to commercial districts throughout the city the kind of zoning first adopted downtown in the 1990s that encouraged the building of housing instead of commercial development. The most important factor was allowing twice the amount of residential development as commercial. Of course, as those who followed the fiasco of the Downtown Community Plan (DCP), know, the DCP ruined the zoning that had over 20 years turned much of downtown into a vibrant neighborhood. One hopes that in the context of responding to RHNA, the City will fix the DCP, too. By concentrating housing development in commercial zones, the City can limit displacement of current tenants.

Tuesday night expect to hear pseudo-housers argue that the City should do nothing to encourage market-rate development, and only provide incentives for 100% affordable projects. In their view, it’s evil to make money from building housing, and only “greedy developers” do so (notwithstanding that everyone in Santa Monica lives in a development that was built by, or land that was subdivided by, a developer). To pseudo-housers, market-rate (or what they like to call “luxury”) development only raises rents for everyone else. As if they want to bring back redlining, they don’t like investment in cities. (I discussed pseudo-housers in more detail back in November.)

I won’t again discuss the silliness of these arguments, but it is worth taking a moment to examine the economics of housing development to try to understand why it is so hard in California to build housing for working-class and even middle-class households.

We talk about a “housing affordability” crisis but when we look at the numbers, we realize that it’s not that rents are too high, but that incomes are too low to pay for the real cost of building housing. It now costs, in southern California, on the order of $500 per square foot to build apartments. (For this analysis I’ll ignore whether this includes the cost of land.) That means that assuming a developer can find land and get zoning approval, an 800-square foot, two-bedroom apartment, our era’s equivalent to a 1950s or ’60s tract house, costs $400,000 to build. To cover amortization of costs, financing, operating costs, and to make some profit, the developer has to recoup at least 10% annually — $40,000 per year, meaning a monthly rent of about $3300, or about $4 per square foot. To afford $40,000 a year in rent, a household needs an income of at least $100,000, far beyond the average household income in L.A. of about $60,000.

These costs show why it is useless to criticize developers for building apartments that only “rich people” can afford. If there weren’t at least some households making $100,000 per year, there wouldn’t be a market for even 800-square foot new apartments, let alone the larger units (including condos) that young families aspire to. To the extent new housing isn’t built for people with above-average incomes, those people will move into the housing of lower-income workers—displacement. Keep on doing that, and what do you know, but 50,000 people in L.A. County don’t have homes at all.

Fifty years ago, workers made “middle-class” wages working union manufacturing jobs. Fifty years of Republican attacks on unions and the resulting shift of wealth from workers to capital, have created the fiction that it’s housing that has become too expensive, while it’s wages that have fallen too low to justify the development of market-rate housing for workers. Government is called upon to provide or subsidize affordable housing for workers who should be able to afford market-rate housing, and would be able to do so, if they received a reasonable share of the benefits of an expanded economy. And then liberals are criticized for giving away “free stuff.”

Rather than make it more difficult to invest money in housing, the way to solve the housing affordability crisis is to raise incomes starting at the lowest levels of wages.