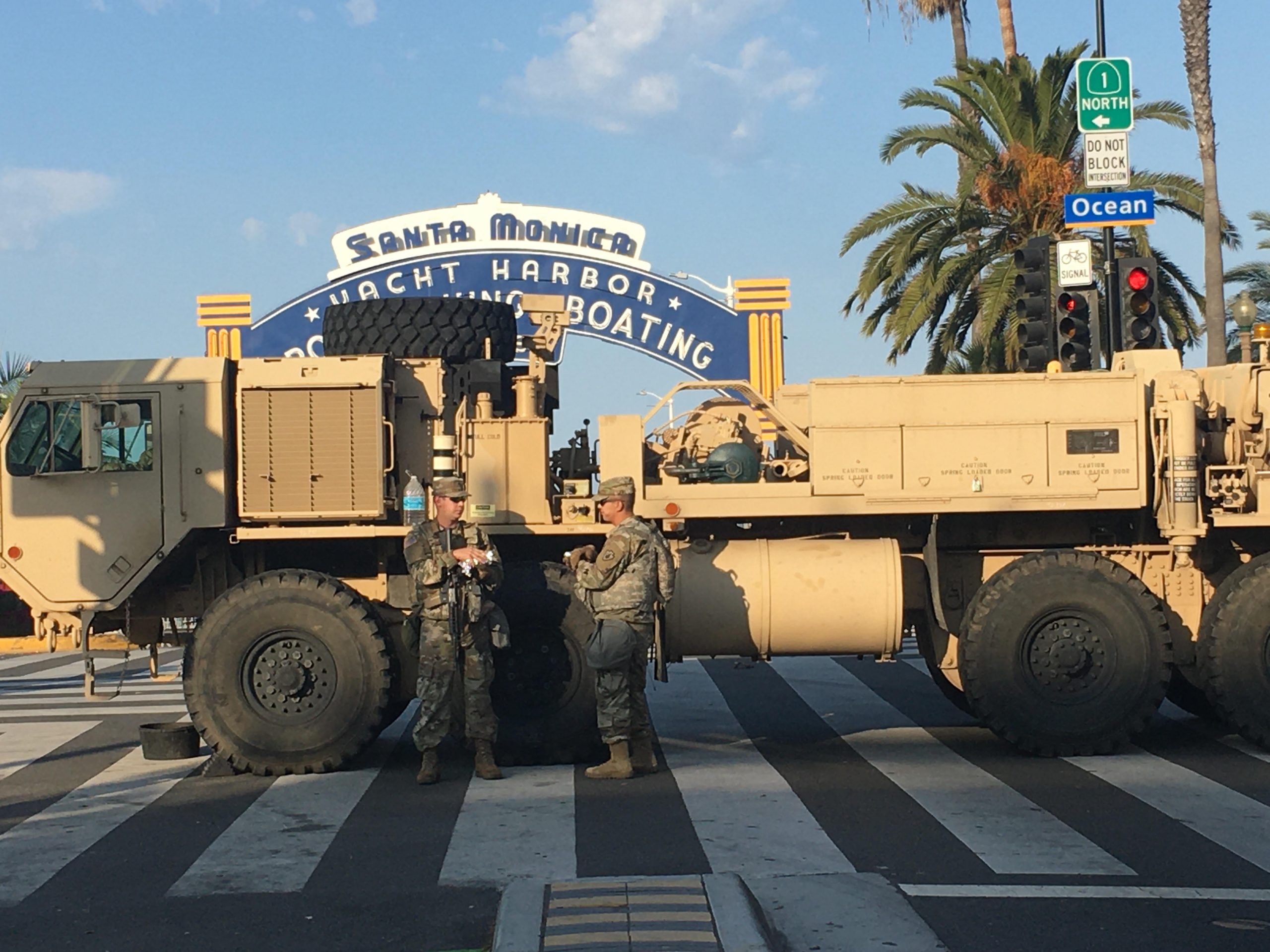 If you had asked my opinion of the Santa Monica Police Department on May 29th, my response would have been very positive. My personal interactions with SMPD have been pleasant and professional. I always felt grateful – even smug – to have a police department that escaped the racism and brutality often on display in other American communities.

What the events of the past ~10 days have demonstrated is that I was wrong, likely blinded by my own white(ish) privilege. It has been reassuring to see my outrage and concern mirrored in my neighbors’ calls for reform; however, I am worried that the city will resort to rhetoric, like the 8cantwait pledge – rejected by Human Rights Watch – without continuing the gut wrenching and disorienting work of anti-racism.

Starting on Saturday, May 30th, we endured 5 days of curfews. This attack on our constitutional rights gave me plenty of time to follow the news and watch – with horror – as Santa Monica police fired tear gas and rubber bullets on peaceful protesters, while allowing looters around the corner unfettered access to downtown. Chief Renaud claims the protesters “threw things” at the heavily armed and armored riot police, thereby implying the police counter measures were justified (no one has clarified why the looters around the corner were not the focus, or even why chemical warfare was necessary at all). The protesters themselves tell a different story. As I write this, the National Guard is stationed in our city, as if our imperial army got lost on the way to invading another country in the Middle East.

To be clear, nothing I have seen (yet) suggests that the SMPD is out of control in the way that many other police departments are – the most vicious images of police brutality in this week of unrest were not produced by our cops. Thus far, Santa Monica has not made it onto this hall of shame. At the same time, I am disturbed that we are praising the police for their “restraint” for …what — not ramming an SUV into protesters, or running over them with a police horse, or maiming them with rubber bullets (even though SMPD did utilize “less lethal” force during last Sunday’s protest)? When did basic humanity become grounds for accolades?

To continue pretending that Santa Monica is immune to the racism that is endemic in America is itself an act of racism. Let’s not forget, after all, Santa Monica police officers park their cars (for free!) on what used to be the Belmar Triangle, a thriving African American neighborhood that Santa Monica seized and destroyed via eminent domain. I am hopeful that the Black Agenda proposed at the June 9th council meeting will revisit this unjust chapter in our history, and recommend avenues to reparations. Perhaps the Police Department’s ~$90M budget could be a source of funds for restorative justice?

If concern for basic human rights isn’t enough for council to take real action, let me appeal to your financial interests: earlier this year the city agreed to pay out over $40 million dollars to victims of former SMPD volunteer, staffer, and pedophile, Eric Uller. What is most wrenching about this story is that sworn police officers reported Uller to police leadership; however he remained on the city’s payroll for decades and no one knows why (the city commissioned an independent report that has not been released). The Uller case demonstrates that in Santa Monica, the good cops very much exist but are silenced or sidelined, indicating that the policing system itself has failed.

The Santa Monica police is long overdue for an external review of its structure, in addition to its specific response to the George Floyd protests. I am relieved that the city council called for an independent review of police actions, however I am concerned this independent report will be delayed or buried just as the Uller report has been.

To summarize, here is what I think is necessary (I am sure this list will grow as we continue to educate ourselves en masse about defunding and abolishing traditional police departments):

In conclusion, I urge the city council to not fall into the trap of “needing more training.” In San Jose, police shot — in the groin — the same man who had provided them implicit-bias training, possibly destroying his chance to have children. The Minnesota Police Department invested millions in anti-bias training starting in 2015, but that training did not save George Floyd. What might have saved Floyd’s life is if the Minneapolis PD had fired Derek Chauvin after any one of the earlier complaints against him.

Who knows how many lives we can save in Santa Monica if we take the vital and necessary steps right now to create a system that is not reliant on the conscience of good cops, but rather one that is designed to identify and eliminate the threat of the bad ones?

HOMA MOJTABAI IS A FORMER ANALYST FOR THE CITY OF SANTA MONICA WHO WAS AN AGENCY SHOP LEADER DURING HER TENURE ON THE CITY STAFF. SHE HAS AN MBA FROM THE WHARTON SCHOOL, AND WAS A MANAGEMENT CONSULTANT WITH THE BOSTON CONSULTING GROUP BEFORE COMMITTING TO STRENGTHENING THE PUBLIC SECTOR THROUGH GOOD PUBLIC POLICY. SHE IS NOW IN PUBLIC HIGHER EDUCATION.