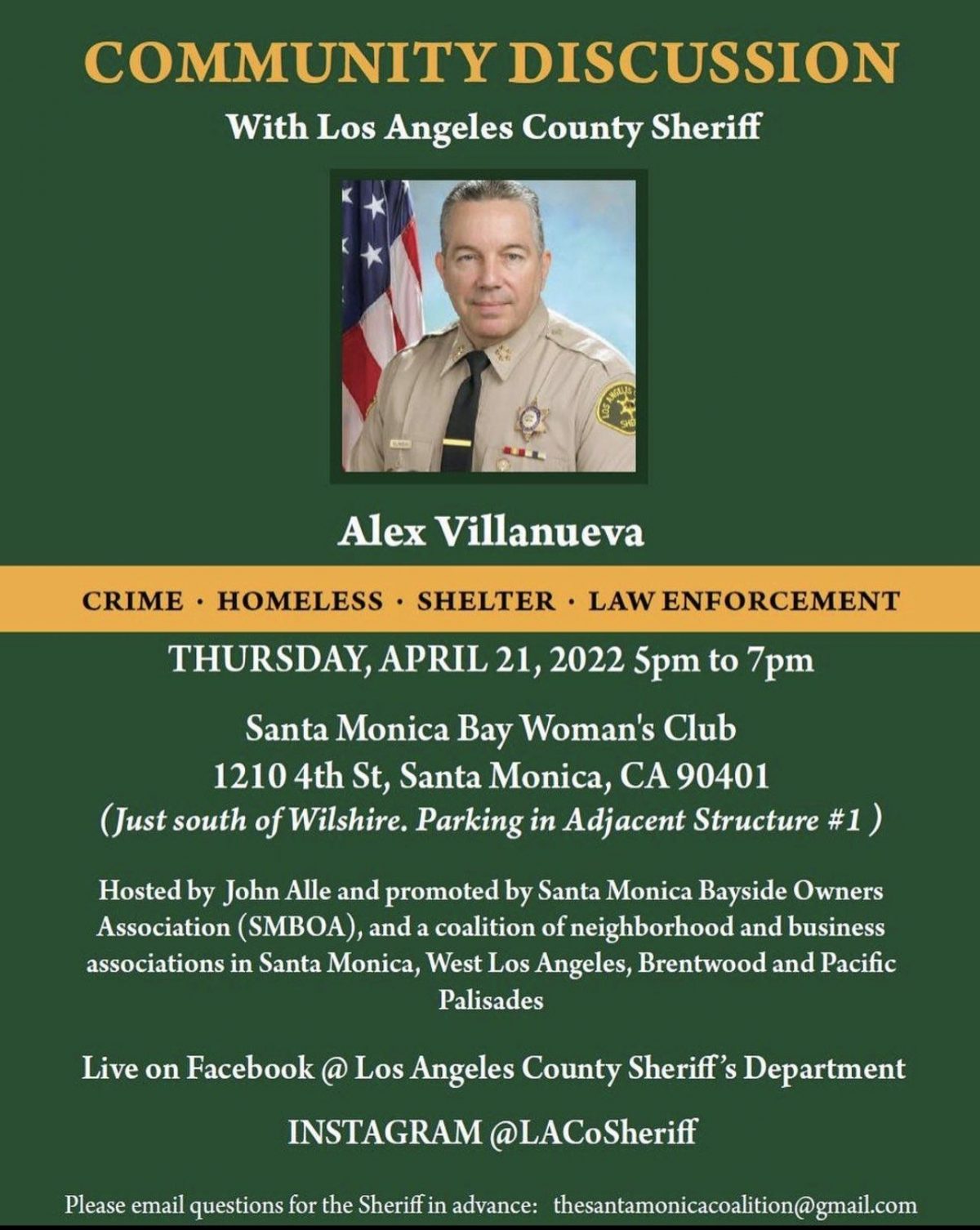 This is part 2 of a series on Downtown Santa Monica.  Part 3 will look at the close relationship between council members and the Santa Monica Bayside Owners Association. Part 1 can be read, here.

The Santa Monica Bayside Owners Association was founded on September 25, 2020 as a 501(c)(3) nonprofit public-benefit corporation. On September 20, 2021, Laurie Sasson and Leo Pustilnikov filed an amendment intending to change status to a 501(c)(6) nonprofit member-benefit corporation. This is a key difference as 501c(3)’s, such as the one that publishes Santa Monica Next, must do what they can to serve the public as a whole while 501c(6) organizations only have to do what is best for their members.

The organization’s latest statement of information lists Laurie Sasson as CEO, Leo Pustilnikov as CFO/Secretary, and David Khedir as agent for service of process.  The SMBOA.org website lists John Alle and Barbara Tenzer as Founding members.

After observing the actions of Sheriff Alex Villanueva to remove homeless people from Venice Beach without the consent of the local councilmember or Los Angeles Police Chief while Los Angeles was attempting to connect the same homeless population with services; the group invited Villanueva to hold meetings about homelessness in Downtown Santa Monica on July 6, 2021 (SMDP Story) and September 27, 2021 (SMDP story).

The group, which strongly supports adding armed personnel to patrol the Promenade, has aligned itself with the “Change Slate” group of city council members that are part of the center-right majority controlling the Council and supported by the Police Officers Association and Firefighters Local 1099.  The Council, with the unanimous support of the “Change Slate” group approved a new contract for police, fire, and other city employees on July 12th.

However, the tension between the Bayside Owners Association, the “Change Slate” councilmembers, and the police is delicate, with calls to bring in the Sheriff’s Department downtown putting the Santa Monica Police Department and its rank-and-file officers on the defensive.  On August 8, the Santa Monica Police Officers Association wrote a letter to the Santa Monica Mirror to state that “the continued request for the Los Angeles County Sheriff’s Department (LASD) to provide police service in Santa Monica is neither the short-term or long term answer.”  Police Chief Ramon Batista has also defended the ability of his department to address the public safety needs in the Downtown. Earlier this month, City Manager David White and Chief Batista defended the City’s approach to public safety, hospitality, and cleanliness in the Promenade area.

The Bayside Owners Association group has expanded their options for bringing additional armed personnel to the Third Street Promenade beyond law enforcement.  With a majority on the Board of Downtown Santa Monica, Inc. now supporting armed security on the Promenade, the organization recently interviewed security firms NASTEC and Covered 6 which are contracted by the City of Beverly Hills to provide security on Rodeo Drive and surrounding areas.

The Bayside Owners Association’s allies have made some political progress, but may soon face the legal limits of the organization. When the ambassador program launched in 2009 to improve safety and cleanliness in the downtown area, the City of Santa Monica structured the program to compliment rather than supplement the role of public safety personnel including police officers and public safety officers. The Downtown Santa Monica, Inc. organization entered into an agreement with the city at that time that would restrict the organization from employing or contracting for armed security guards.